The continuous development of automation technology is becoming more diversified and easy to use. This is good news for the earth, which can continue to meet the needs of a growing population, as well as for engineers who create automation solutions. More and more applications and processes are becoming candidates for modernization. Whether to implement automation or not is a thorny problem. Consider the following four key factors to achieve a more successful automation application.
1. Does the current automation support the objectives of the application?
The problem is a little deeper than it seems. Modern machines usually need to be connected to the network to obtain operational inputs such as global location, temperature and energy price, so as to know when they should run at full power to maximize production efficiency.
When automating unusual processes, be sure to ask questions about everything about the application and available automation. For example, we need to consider the assembly of consumer goods, such as electric razors. This may not seem impressive, but it is clearly significant when the goal is to double production, create as many variants as possible and reduce machine space. In addition, you need to know the latest technology. The conveyor can take us there. Linear motion will be closer, but plane motion will do better. 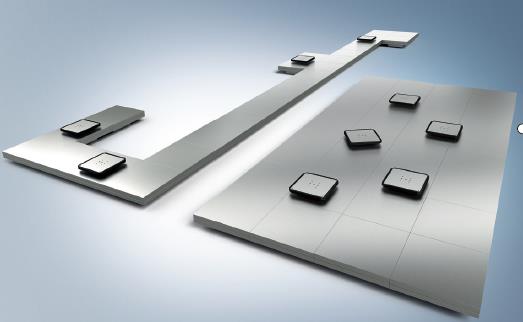 Figure 1: for maximum flexibility and less switching, Beckhoff's xplanar system supports the layout of various process and transmission functions, such as rectangular workshop area (right) or application specific configuration (left). Source: Beckhoff automation
Now let's explain this example. Plane motion is a system composed of two parts - a "table" composed of plane blocks and a mover. The porter moves freely around the table like a hovercraft with a good payload. The path setting allows serial or parallel collocation, depending on the contact time and product characteristics. These planar motion systems allow the workpiece to be moved to the operation instead of moving the operation to the workpiece.
In a fully integrated architecture, the latest motion system can achieve higher performance. Machine learning (ML) and artificial intelligence (AI) usually lead to better performance, machine stability and more energy saving. These results can be achieved faster and to a greater extent when ml is implemented in a standard machine control environment. Some automation technology vendors' software packages have integrated ml into the machine. Understanding what the market offers helps to evaluate the functionality of the application according to the application objectives.
2. Can end users support the selected technology?
For example, if planar technology is selected as the best way to promote the development of assembly applications, does the technology integrated into the machine have the least downtime? Is 24-hour support available? Although application engineers may say "yes", end users usually insist on writing code using ladder logic. Often, machine users or operators cannot understand the time and effort spent by the application team writing code for machines and planar motion systems.
The remedy is not to program the planar motion with a ladder diagram or add comments to the code, although both help. The remedy is to use human machine interface (HMI), assuming that the user has no experience in operating the machine. Just like when the office printer gets stuck, the boss won't open the ladder code to solve the problem. They will use the printer display, follow the instructions and solve the problem.
This troubleshooting method is more important for complex mechatronics system. In the future, the industry will face a greater shortage of skilled labor. It is obvious that enterprises are willing to pay more to original equipment manufacturers (OEMs) to provide a more intuitive way to ensure the normal operation of production. Factory floor operators prefer easy-to-use models to solve problems without opening laptops or studying codes.
3. What is the rate of return on investment?
After setting goals and finding out how to support new automation technologies, it is also necessary to measure whether the input and output returns are consistent. This is a long-standing problem. Look at the example of a planar system. Each part of a planar system is essentially a driver, so the cost of building a "table" may become expensive, so the design cost is daunting. The same model is also applicable to linear transportation system and robot motion control. Because the plane shifter has 6 degrees of freedom and the size can be similar to the assembly workpiece, the cost is largely offset.
The planar system uses a mobile device to complete the work of the robot, which means that you can replace the large equipment required for robot assembly with simple and space-saving single axis equipment. This will increase functionality (or peripheral density) and add new functional options to machines with very small footprint. It reduces conversion time and adds value to most end users. 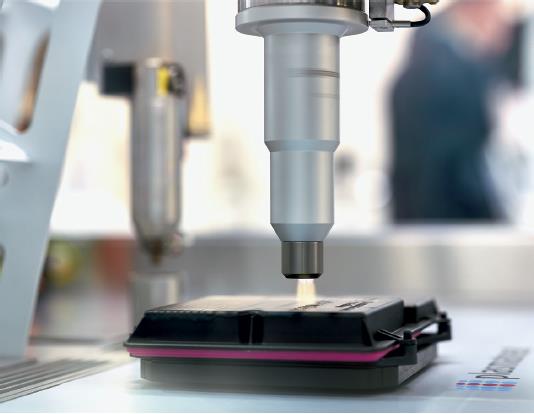 Figure 2: the original equipment manufacturer plasmatreat uses the xplanar system to effectively move and process the workpiece on the plane mover, and maintain the mechanically and electrically complex plasma jet in a fixed position.
4. Less switching in production or machine modules than before?
Use machine design to reduce the switching between process or machine modules and make the work easier. Many production problems are caused by blocked conveyors, worn or loose belts, or improper operation due to improper product location. Imprecision or stopping movement will lead to rework or scrap, which requires a large number of personnel to troubleshoot, identify and remedy such faults. Robotics can improve the switching between machine modules, but it will increase the cost, floor area and complexity.
The design is based on the concept of linear motor and plane, and the goal is to complete all assembly operations when the workpiece resides on the system mover. This nonlinear manufacturing technology does not need to transfer workpieces between modules. Instead, the workpiece is transported between multiple processes, thus eliminating the necessary handover in the past. Since operators do not need to adjust conveyors, timers and work transitions, the overall return on investment and machine uptime can be improved.
Through the cases of linear and plane motion, learn how to better move the workpiece to different operations rather than moving the operation to the workpiece. By adopting new automation technology, OEM manufacturers and manufacturers can rethink what is possible, break the traditional restrictions in machine design and create new machines to solve many new challenges. (by Tom Jensen, Beckhoff Automation)
Label: xplanar, robot, machine learning, artificial intelligence, ROI, transportation system, Suzhou automation equipment, Suzhou automation, Suzhou non-standard automation, machine vision
Copyright notice: the copyright belongs to the control engineering network. Please indicate the source for reprint!
Address:A2, Jinqiao Auto Parts Industrial Park, 1258 Jinfeng South Road, Wuzhong District, Suzhou
Copyright © Suzhou Huiwei Automation Equipment Co., Ltd. 2022 ICP:
Support by: